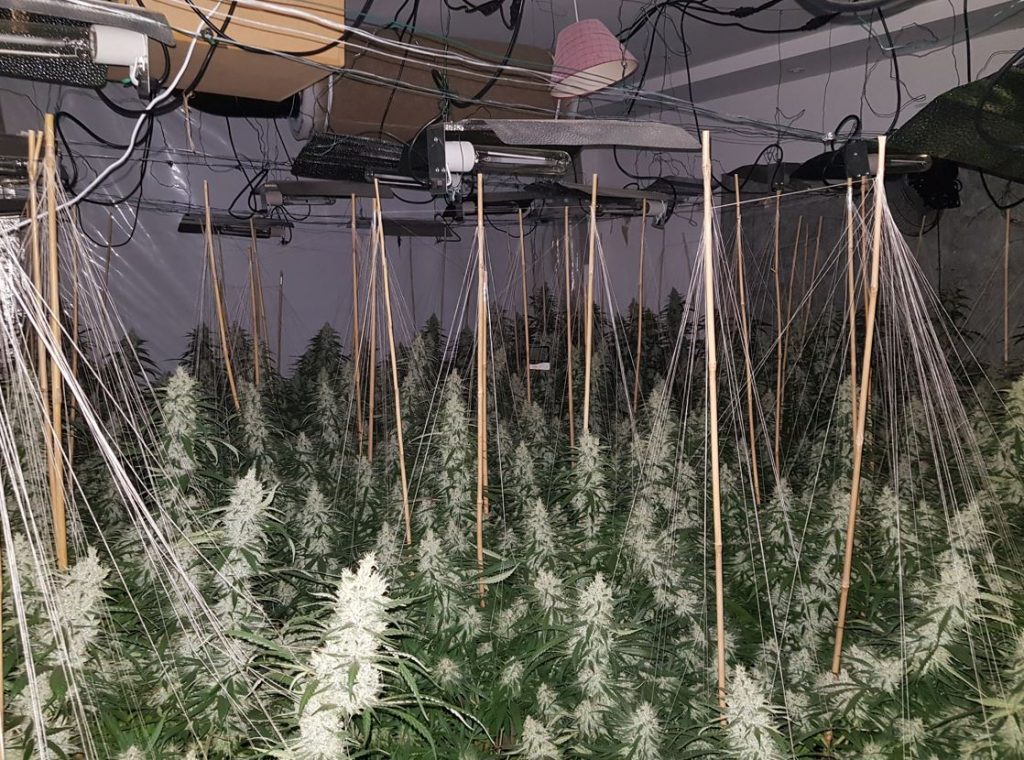 Detectives from Northamptonshire Police have launched an investigation after the discovery of two large cannabis factories in Sandy Lane, Harpole.

A warrant was executed under the Misuse of Drugs Act after concerns were raised about activities at the address which were suspected of causing power outages at nearby properties.

Inside the farmhouse and outbuilding, officers discovered sophisticated factory set ups and around 1,200 cannabis plants in various stages of growth, across the two properties.